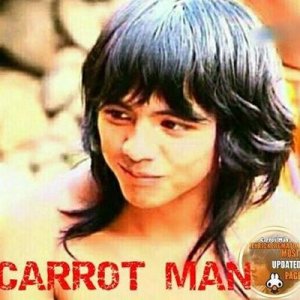 Before: the Igorot in the village chewing betel nut? haha

After:  being groomed in a hair salon 😀

A young Igorot farmer, dubbed as the “Carrot Man” has recently become an overnight sensation in Philippine social media. He was working on a farm in Bauko, Mountain Province, when two traveling tourists from Manila spotted him by the roadside carrying a basket full of carrots. Captivated by his charming looks, they snapped several photos of him which they posted on Facebook “for everyone to admire”. 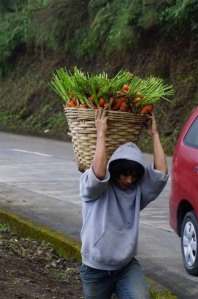 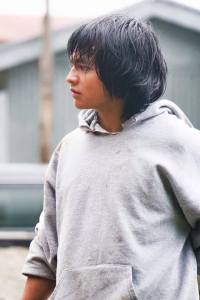 Unanticipatedly, his photos went viral and social media went abuzz over a very ‘good-looking’, industrious man from the Cordilleras. Netizens started to wonder and search for this young man’s whereabouts and identity. They likened his looks to a number of Asian celebrities. 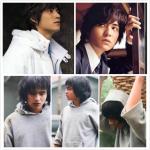 The young man was soon identified to be Jeyrick Sigmaton. Jeyrick happens to be from my hometown. It is a usual practice in my hometown that after the heavy tasks of planting and harvesting rice, farmers may travel to other municipalities to look for temporary jobs. This was what Jeyrick was doing in Bauko Municipality when he was spotted by the tourists who took his photos.

For several days, the “Carrot Man” was trending on Philippine social media that television networks competed in a bid to interview him. The television network that won the bid traveled all the way from Manila to search for him in his far-flung mountain village in Ogo-og, Barlig.

On February 28, a popular TV show aired an episode about the Carrot Man wherein an anthropologist and a historian were invited to comment on the Carrot Man phenomenon. The TV host, Jessica Soho, reported that good-looking Igorots with aquiline noses, like Jeyrick, are the product of intermarriage between Igorots and American and British priests and missionaries who arrived in the Mountain Province in the early 1900s. The historian, Dr. Jimmuel Naval from the University of the Philippines, backed the TV host’s story as he stated that the ‘Caucasian’ features of some Igorot people was brought by Anglican missionaries who intermarried with Igorot natives resulting to an “improvement of the race” of the indigenous Igorots. Many Igorots and non-Igorots alike were disturbed by these preposterous and inaccurate statements coming from a multi-awarded journalist, and a University of the Philippines professor of history.

I normally would not involve myself with whatever the social media is going crazy about, so it took me some thinking whether to write this blog post about the “Carrot Man”. The fascination towards this young man from my hometown has brought to the surface enduring and prevalent issues confronting the Filipino psychology, sense of identity and history.

First of all, contrary to Dr. Naval’s statement, Jeyrick and others who look like him, are not necessarily Caucasian-looking. People like Jeyrick, who have aquiline nose, are everywhere in Igorotland and in other Asian countries, and these people do not necessarily have Caucasian ancestry.

Below, on the left side with a black and white shoes, was my father as a young man in 1952. He had a lighter skin color and an aquiline nose. Just like his parents who had the same features as him, he could pass as a Caucasian, but could as well pass as a Japanese or even Chinese, or indigenous Taiwanese. He is of pure Igorot stock.

The point being, there is nothing wrong with having a mixed bloodline and looking like a ‘Caucasian’ with aquiline nose and fair-colored skin. But at the same time, there is also absolutely nothing wrong with having a “pure” Austronesian, Malayo-Polynesian, Asian, Filipino ancestry with a flat, broad nose and brown skin color. The professor from the University of the Philippines seemed to be uninformed of the fact that people with aquiline nose exist in every race, and we do not need to have a Caucasian ancestry in order for our race to be considered “improved”.

Secondly, both Jessica Soho and Dr. Naval’s claims that western missionaries intermarried with Igorots in the early 1900s is historically unproven. In my hometown of Barlig, and in other municipalities in the Mountain Province, it is unheard of that a western missionary ever married a local woman. If the historian, Dr. Naval, has read history books about the Mountain Province, he would have known that there was not such an intermarriage as he claimed. The missionaries who came to the Mountain Province usually came from two countries: United States and the Netherlands or Belgium. The Catholic priests were not allowed to marry, so even in theory, it would have not been possible for them to intermarry with the locals. The Anglican missionaries, on the other hand, according to history books, brought along their wives. There has never been an Anglican mission in Barlig where Jeyrick comes from.

In my hometown, specifically, we have the oral tradition of ub-ufok and ug-ukud where the elders can orally recite our intricate genealogy and tribe’s history from the day our town was starting to be inhabited. These oral genealogists and historians even remember the very personal names of our early ancestors – the first settlers in our hometown. Nowhere in this oral recitations of genealogy was it ever mentioned that someone from our tribe married a Caucasian missionary. A record of such intermarriage was clearly absent both in history books written by scholars and in our genealogy as accounted by our oral historians.

It is strange for a history professor from a renowned university to say that having an aquiline ‘Caucasian’ nose means “improved” race.

It is surprising that a historian, who is looked up to as having authority over his subject matter, goes on to make an erroneous claim about the history of an ethnic group he has not studied.

I guess the real issue here stems from the long-standing and popular notion among many Filipinos regarding the identity and physical features of the Igorot people. For hundreds of years, from generation to generation, the Filipino majority maintained the notion that the word ‘Igorot’ refers to having dark-skin, thick-lips, flat nose, curly-haired barbaric tribes who wear g-strings as their normal everyday clothing. And so when the “Carrot Man” was identified as an Igorot, there was such a fuss; like as if Jeyrick Sigmaton is an anomaly as he did not fit lowlanders’ notion of what an Igorot looks like. Then comes the national television show where a historian claims that Jeyrick Sigmaton looks the way he does because of a Caucasian ancestry that improved his race!

It is a sad fact that Filipinos attribute beauty and good looks to having an aquiline nose and Caucasian features.

It is a sad fact that Filipinos attribute the Carrot Man’s handsome looks on his physical features when such features is not at all unusual in Igorotland. What sets Jeyrick apart is not his good looks based on his aquiline nose and cute dimples as many in social media are always pointing out. But for a people who have strong tendency to only look at external appearances, they do not see that it is the Carrot Man’s innocence and purity that makes him so comely.

When asked which Filipino actress or actor he admires, Jeyrick could not name anyone. Oh, in case the lowlanders don’t know, in the mountains, we are not really that starstruck, so it was not surprising that the Carrot Man could not answer their question about celebrities. And would anybody find it strange that this 21-year-old man does not know what a ‘mall’ is?  Again, in the mountains, we don’t have that consumerist malling culture prevalent among lowland Filipinos.

Enauchi ay Jeyrick, your fate has summoned you. Wherever it leads you, be sure to take care of your soul. The grandparents are looking after you.